How to Lobby your MP 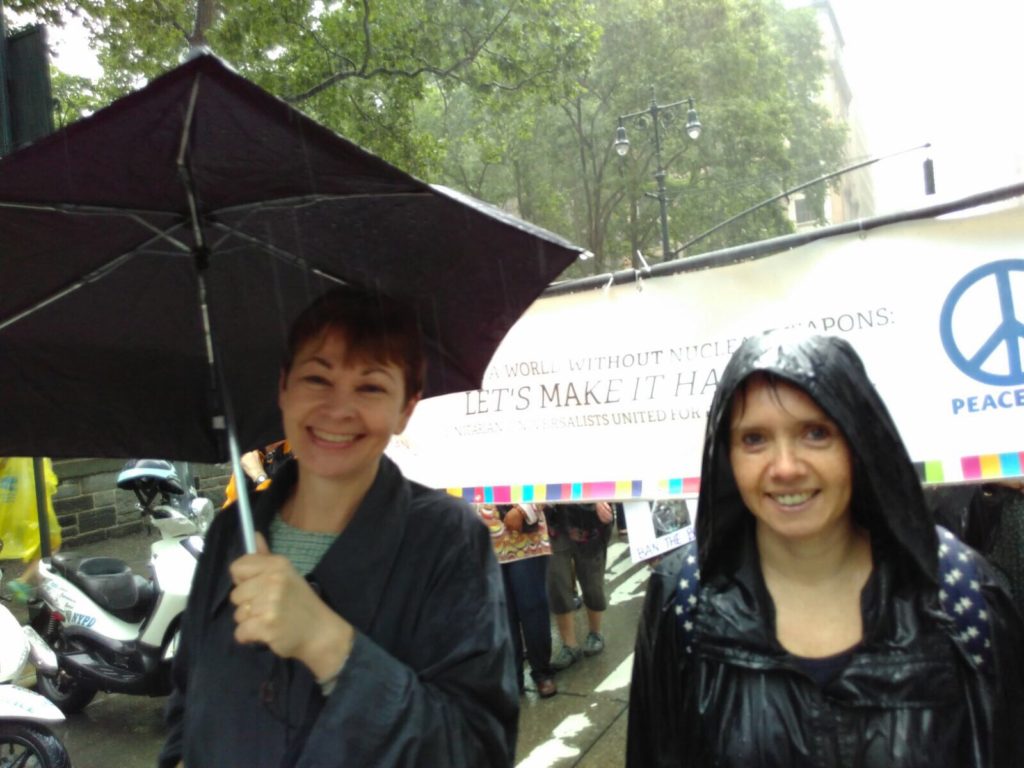 How can we better connect, get our message across and inspire our MPs to action? We asked Cath Miller, Chief of Staff for Caroline Lucas MP (Chair of Parliamentary CND) to talk us through what makes for effective lobbying. This is her reply…

Caroline Lucas is a local MP, co-leader of the Green Party, regularly in the media, and chair of numerous groups, including Parliamentary CND. She is subject to a huge amount of lobbying and considerably more than your average MP, with upwards of 1000 emails and letters a day!

All MPs have full to bursting inboxes though, and if you want make a real impact it’s worth following these simple tips:

A clear subject header – this will hugely help whoever is looking after the inbox to triage your message and get a reply to you as quickly as possible.

A clear ask – you might want your MP to sign an Early Day Motion (EDM), speak in a debate, vote for something, ask a parliamentary question, write to a Minister, turn up to an event, meet you or just let you know their position etc. Spell out what you want and include links (e.g. to an EDM) or information if you have it (e.g. date and location of an event).

Short and to the point – a few succinct paragraphs is plenty. Put your ask near the top and in the final paragraph.

Identify yourself – let the MP know you are a constituent from the outset and provide your postal address. Most MPs will not reply to non-constituents and if they have to check your address it’s one extra task for you both.

Do your research – don’t ask an MP to sign an EDM if they’ve already done so or have been the one to sponsor the motion. Instead, perhaps thank them for their support. Similarly, if they’ve already put a statement on their website saying they are going to vote for something, acknowledge that in your correspondence.

Address one issue at a time – sometimes we get emails that start off being about nuclear weapons, then move onto Brexit, mention housing in passing and finish off with a question about fox hunting. You’ll get a much better quality of reply if you focus.

The personal is political

Many of the emails we receive are part of mass lobbying campaigns using standard text. If you want to personalise your message, that’s great and definitely demonstrates how important the communication is to you, but don’t feel you have to. Most MPs won’t have time to send personalised responses to mass lobbying campaigns – not because they don’t care, but just because of the volume involved.

Having said that, personal details are valuable because they make an issue more real and is the kind of thing MPs will quote in debates, letters or interviews. For example: “One of my constituents told me that her grandchildren have started asking questions about nuclear weapons having watched the news about President Trump and North Korea. She remembered how she felt as a child, worrying about nuclear war, and has asked me to remind Ministers that no child anywhere in the world should be lying awake at night thinking they are about to be killed by a nuclear bomb.”

Personal details can especially help bring a topic to life for MPs that are not already sympathetic. So know your MP and if you know they have grandchildren too, mention that.

It’s all about the love

We love being lobbied because it’s a major way of staying in touch with what constituents are thinking and feeling, as well as of helping ensure parliamentary work remains relevant.

Lobbying helps MPs prioritise their workload too. And if they get several emails or letters on the same topic, they are much more likely to raise it in Parliament.

Expect to get a reply within a few weeks but do be patient – most MPs work incredibly hard and may prefer to send more detailed, helpful replies than quick one liners, even if it takes a bit longer. Being lobbied is an opportunity and good MPs will want to make the very most of it. If you’ve asked them to write to a Minister, it can easily take 3 months for the Minister to write back.

Show your MP some love and appreciation when you think they deserve it and you’ll build a better relationship with them. So if they vote the right way and you notice, drop them a line to say thank you, especially if you want them to be more receptive to what you have to say in future.

Meeting your MP at a surgery is a really great way to lobby them – if Caroline has seen someone face to face, there’s a sense of connection and responsibility that’s always going to be stronger than that from reading an email or letter.

It’s wise to use the opportunity to attend a surgery sparingly as appointments may be few and far between, and case work will often be given priority.

Go prepared to make your case in less than 2 minutes to allow plenty of time for questions and dialogue. As with writing to your MP, have a clear ask and do your research. A group of you going together to a surgery can also be really effective. Most MPs will advertise their surgeries or you can call their local offices to find out details.

Lots of MPs won’t sign EDMs, so if this is your ask give them an alternative option too. For example, to share the EDM with the Minister for comment and to pass on the response to you.

Use social media – but sparingly. There are so many ways to contact your MP nowadays and the majority are active on social media. But it’s hard to tell who’s a constituent and the volume of communication is vast, so don’t rely on that if you’d like a reply.

Be honest with your MP. Tell them if you are unhappy with them, angry or disappointed, as well as if you are proud. Just keep it polite – an abusive or overly rude message is much more likely to end up deleted or in the recycling bin.

OK, you ready to go?

Have a check of your MPs past position before contacting them, if they’ve opposed them before, mention that fact.